In search of a consitent line of the german courts

The case law on the question of mandatory labeling in the case of influencer posts in social media offerings could not be more inconsistent. Roughly two camps have formed, namely those courts that tend to be more in favour of a labelling obligation and those that have so far tended to reject it. Before any misunderstandings arise, it should be noted that the inconsistency does not concern cases in which the influencer is commissioned by the customer to publish a post (against payment). In such cases it is clear that the post and the video must be marked as advertising. Rather, disputes usually arise in cases where the content features has published a product or brand, including its “deferment”, with the third-party company or online shop on the influencer’s own initiative and there was therefore no compensation.

Before discussing the most important results of the case law on the above-mentioned facts, we would like to shed some light on the darkness of the labelling obligation. The legislator wants to make it clear to the viewer when a content contains objective statements, as should be the case with editorial contributions, and when the content is subjectively coloured, as in the case of advertising. He should have the opportunity to recognise in advance any influence on his opinion formation. The legislator has established several regulations in the media sector for this purpose. These are § 58 para. 1 and 3 of the Interstate Broadcasting Treaty (RStV) and § 6 para. 1 of the Telemedia Act (TMG). The RStV regulates broadcasting, i.e. TV and radio, and telemedia such as the Internet. The TMG also regulates telemedia. In addition, irrespective of the medium, competition law applies, which also provides for the labelling of commercial communication in § 5a (6) UWG.

All the above-mentioned provisions have in common that labelling is required in the case of sales promotion. Furthermore, the RStV and the TMG expressly require the provision of a consideration for the advertising, whereas Section 5a (6) UWG only requires that the act is business and not private. Considerations are remuneration and other services with monetary benefits (e.g. also the provision of clothing free of charge). A business act is any behaviour in favour of one’s own or another’s company that is objectively connected with sales promotion. The scope is broader here. However, the remuneration of a post by the customer is of course a business act and must be marked as such.

But it is precisely the question of whether the influencer acted in a businesslike manner that was and is at the heart of the more recent judgements. It should be noted that the courts are attempting to establish criteria for the labelling obligation under Section 5a (6) of the UWG in isolation from the provisions of the Interstate Broadcasting Treaty and the Telemedia Act, although posts and videos are also covered by the Interstate Broadcasting Treaty and the Telemedia Act. Accordingly, the Landesmedienanstalten (State Media Authorities**) in their current Guideline on the obligation to label in social media offerings (available in German here ) also expressly refer to the special features of the (stricter) case law of the competition courts. As a result, the question of whether there is a labelling obligation for social media offerings can be answered primarily on the basis of § 5a (6) UWG, since this norm provides the stricter framework.

As explained above, there is no doubt that the publication of content in return for a consideration such as a fee must undoubtedly be labelled as advertising (even vouchers and discounts granted separately from the content have been upheld by a court in the affirmative). This will also be the case if no fee is paid, but there are nevertheless agreements between influencers and companies about the publication of the post. Even without an agreement, there may be a labelling obligation in the latter case if the product is particularly highlighted (e.g. by focusing, superlatives etc.).

In the event of an agreement with the customer on the presentation of a product, the post must be identified as advertising. This may also be the case without an agreement if a product is presented in a particularly prominent manner.

But let’s return to the initial case, which is characterized by the fact that there is no quid pro quo and no agreements and the influencer merely adjourns a product in a post with the company or shop without highlighting it in particular. The influencers justified the post and the labeling mostly by the fact that they received inquiries and wanted to avoid the mass response. For the following reasons, however, some courts nevertheless found that these cases constituted a business act and thus an obligation to label in accordance with § 5a (6) UWG:

In the case of purely editorial post containing a product, the labelling requirement may be waived.

However, even in the case of a commercial act, a labelling requirement may nevertheless be waived if the commercial purpose of that act is directly apparent from the circumstances. This was mostly rejected by the courts in the above cases with the argument that the accounts of the influencers would also contain private posts and thus the follower could not recognize when a post was of private or business nature. The LG München I decided differently, that the Instagram account of an influencer is obviously business, if

In this case, even the minor would recognize that it was a commercial account. It is questionable whether the view of the LG München I will prevail. It focuses on the entire account and evaluates the question of the labelling obligation. Correctly, however, one will probably have to look at and evaluate every single post, since the Influencer accounts also contain private contents whose marking would not be correct.

If the commercial character of the post is apparent from the circumstances, no marking is required.

As a conclusion, it can be stated that according to the current state of affairs, posts/videos about third-party products should probably be labelled if…

The obligation could be waived if…

In individual cases the evaluation can be difficult, which is why it is ultimately advisable to have a legal examination before publishing a post/video.

If the labelling obligation is affirmed, then the labelling is the obligatory consequence. The following principles currently apply:

The media institutions have updated their guidelines for advertising labeling of online media and adapted them to the new State Treaty on Media (MStV) as well as current developments on the market. In the process, the following three points were added to the matrix. You can find the complete guide in German here.

Audio formats, especially in the form of podcasts, are becoming increasingly popular. The media institutions have therefore included these as audio offerings in the matrix and explain how to proceed with the labeling obligation.

###Sponsoring Sponsoring is understood to mean financial support for the respective contribution. In the case of videos and audio formats, a brief mention is possible at the beginning, additionally before and after the commercial break, as well as at the end. For the sponsor, the mention in the respective content may only be image-promoting and may not include an appeal to buy. As soon as reference is made to purchase opportunities or discount codes, there is no longer a sponsor reference, but already advertising. 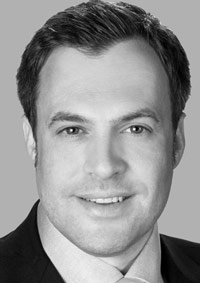 ###About the author Marco Erler, “Lausen Rechtsanwälte”: Marco has been a lawyer since 2002 and a specialist in copyright and media law since 2009. His main focus is on copyright, publishing and media law, competition law, gambling law and youth protection law. He advises clients in particular from the music, television, film, publishing, advertising and online platforms sectors. He advises the advertising industry on the implementation of campaigns.

Creating brand content for Instagram is actually much easier than it seems at first glance. Once you figure out who you are and what you…

One of my absolute favorite blogging tasks is definitely image editing. I love to put the finishing touches to the image, after all, it’s…